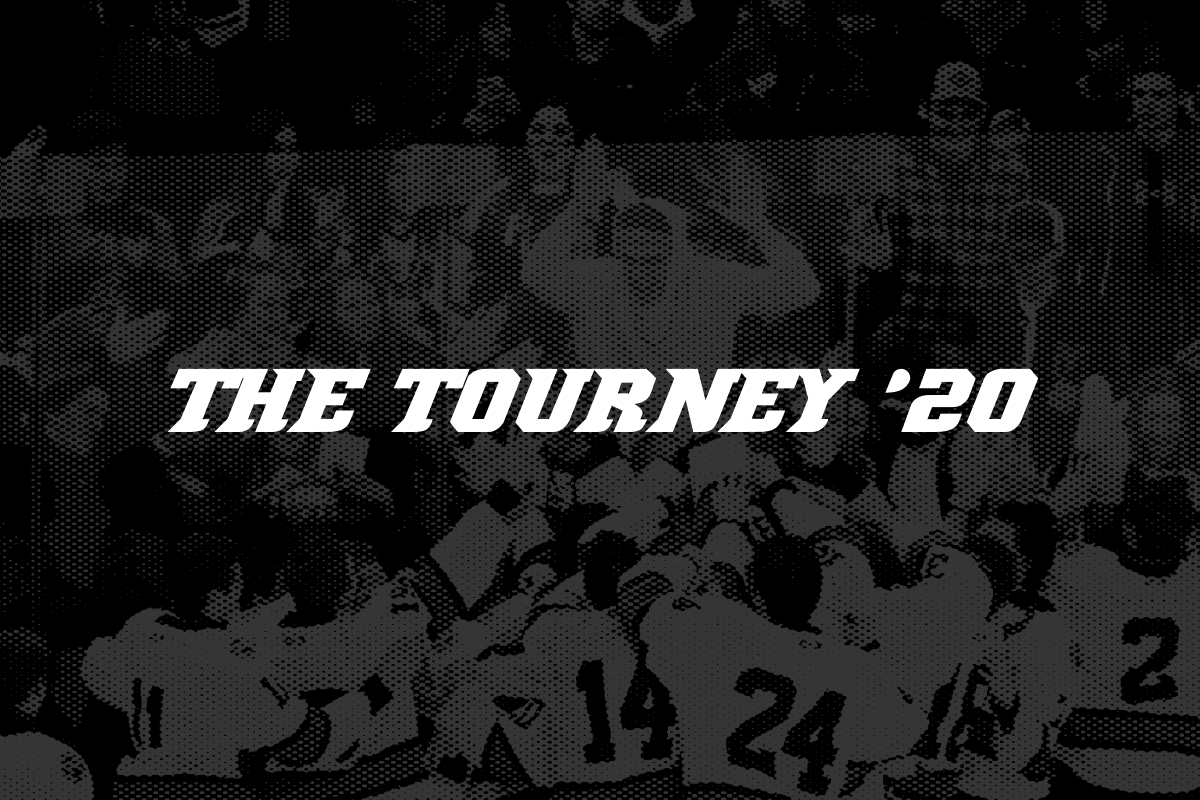 Here is everything you need to know about the 2020 Minnesota Boys High School Hockey State Tournament.

Check back here for updated scores, analysis, highlights and more. Each night, we’ll update this post with the latest brackets. With the section playoffs all wrapped up, every team in the tournament field has been set.

Here is the bracket for the AA tournament. Quarterfinals start this Thursday, with Semifinals Friday night and Championship game Saturday. 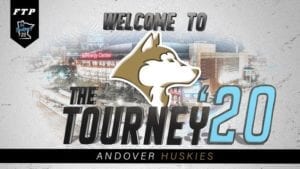 #1 Andover Huskies (24-3-1): Andover qualified for its first state tournament appearance this year while also earning the one seed. Andover is led by the states most dynamic defensive pairing in Mr. Hockey finalist and UMD commit #5 Wyatt Kaiser and senior #4 Mitchell Wolfe. Andover went 4-1 against the field splitting games with Blake (W 6-3 & L 2-3) in the first two games of the year, beating Maple Grove twice (4-0 both times), and beating Moorhead 4-1. Andover is coached by retired Air Force One pilot Mark Manney who played high school hockey at Moorhead and youth hockey in Bemidji. 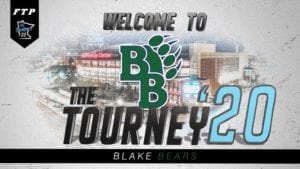 #2 Blake Bears (22-6): Blake qualified for its first AA tournament appearance and 6th overall appearance with the previous five being in the A tournament. Blake is led by arguably the best line in state consisting of #20 Joe Miller – #9 Jack Sabre – #8 Gavin Best. Blake went 3-3 against the field splitting their two games with Andover, beating St. Thomas 3-2, losing to Hill-Murray 7-1, beating Eden Prairie 5-4 and losing to Maple Grove 5-4 in the last game of the regular season. Blake is coached by Rob McClanahan of the 1980 United States Olympic Team. 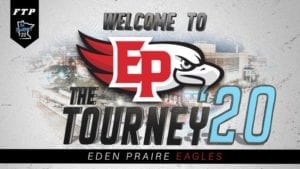 #3 Eden Prairie Eagles (22-5-1): Eden Prairie qualified for its twelfth tournament appearance. Eden Prairie is one of the two teams making appearances that have won a State Title (2009 & 2011). Last year, Eden Prairie fell to Edina in the State Championship. Eden Prairie is led by Mr. Hockey finalist Ben Steeves (out of state transfer), Jackson Blake (Shattuck St. Mary’s transfer), and Casey Mittelstadt’s brothers John and Luke. Eden Prairie went 0-2-1 against the field tying St. Thomas 2-2, losing to Moorhead 3-2, and losing to Blake 5-4. Eden Prairie is coached by Lee Smith who earlier this season eclipsed the 500 win mark during his 27th year as head coach. 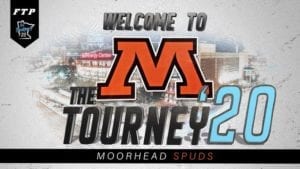 #4 Moorhead Spuds (21-5-1): The Spuds qualified for their 17th state tournament appearance. The Spuds look to win their first title this year after eight years with runner-up finishes. The Spuds are led by Mr. Hockey finalist Luke Gramer and Frank Brimsek finalist Hudson Hodges. Moorhead went 1-3 against the field this year losing to Maple Grove 6-2, beating Eden Prairie 3-2, losing to Andover 4-1, and losing to Hill Murray 4-3. The Spuds are led by head coach Jon Ammerman who played four years at St. Cloud State University.

#5 Hill-Murray Pioneers (19-6-3): The Pioneers qualified for their 30th state tournament berth. The Pioneers have won three state championships (1983, 1991, and 2008). The Pioneers are led by a quartet of great forwards Henry Eischen, Nick Pierre, Dylan Godbout and Charlie Strobel along with Frank Brimsek finalist Remington Keoplle and defender Joe Palodichuk. Hill-Murray went 4-0-1 against the field this year beating Blake 7-1, beating and tying St. Thomas (1-1 & 3-2), beating Maple Grove 4-1 and beating Moorhead 4-3. Hill-Murray is led by legendary head coach Bill Lechner who has coached hockey, football, and baseball and recently retired as Athletic Director of Hill-Murray. 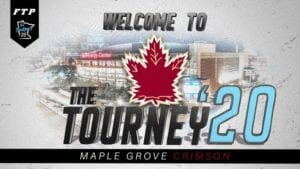 Maple Grove Crimson (20-8): The Crimson make their 3rd state tournament appearance with the previous two coming in 2012 and 2017. The Crimson have never won an opening round game. The Crimson’s star player #9 Kyle Kukkonen broke his leg in the seventh game of the season and was ruled out for the rest of the season. Maple Grove split time fairly equally between Senior goalie Parker Slotsve and Junior goalie Jack Wieneke throughout the season with Wieneke getting the nod for the section final. Maple Grove went 3-3 against the field beating Moorhead 6-2, losing twice to Andover 4-0 in both games, beating Lakeville South 5-2, losing to Hill-Murray 4-1, and beating Blake 5-4. 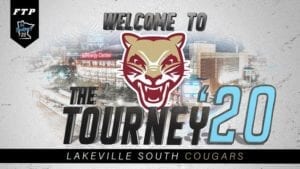 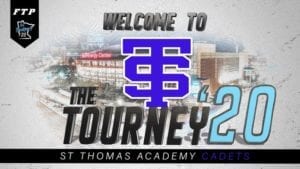 St. Thomas Academy Cadets (18-8-2): St. Thomas Academy qualified for its 5th AA tournament and 13th overall. St. Thomas has won 3 consolation titles in AA and its best finish came last season finishing 4th place. The Cadets are 1-3 in the quarterfinals of the AA tourney. The Cadets went 0-2-2 against the field this year losing to Blake 3-2, losing and tying Hill-Murray (1-1 & 2-3), and tying Eden Prairie 2-2. The Cadets are led by head coach Trent Eigner who coached Lakeville North to a 30-0 perfect season in 2015. It is Eigner’s first year with St. Thomas after the retirement of Greg and Tom Vanelli who led St. Thomas from 2003-2019.

Here is the bracket for the Class A tournament.

These brackets are updated on a nightly basis once the dust settles.

Winona moved past Austin, Waseca past Rochester Lourdes and Albert Lea topped La Cresent to advance to the next round.

Here is a link to the Section 1AA Preview.

Here is a link to the section 3AA Preview.

Here is a link to the Section 4AA Preview.

Here is a link to the Section 5AA Preview

Here is a link to the Section 6AA Preview.

Here is a link to the Section 7AA Preview.

FTP Tyler – one of my favorite sections in AA. Duluth East lost to Forest Lake in what many called a surprising loss, despite the fact they were seeded lower. Great win for the Forest Lake Program. They’ll get Andover for a shot at the semifinal round.

Andover moved past Duluth Marshall 9-0. Elk River, in maybe the most exciting game of the night, needed an extra attacker to tie the #3 seeded Cloquet Lumberjacks and eventually win in OT. Video of that goal embedded below.

Grand Rapids breezed by Anoka. They’ll take on an Elk River team with nothing to lose. For GR, this was the situation they hoped for, but it won’t be anything less than a bag skate into the semifinals..

Here is a link to the Section 8AA Preview.

FTP Tyler – if you claim to be a Minnesota Hockey Fan, section 8AA is one of your favorite sections.

Moorhead needed 48 minutes to eventually get past the 8 Bemidji. They won 3-1 with an ENG. St. Cloud and Rogers stayed interesting after St. Cloud jumped out to an early lead, in the end it was all St. Cloud as they skated to a 6-3 win over the 5th seeded Rogers squad.

Roseau and Brainerd was a hot ticket for a Tuesday night in Feburary and what an ending this one had. Roseau narrowly escaped the 6th seeded — yet no slouch, Brainerd Warriors with an OT winner (embedded below).

The thrill of victory, and agony of defeat all captured in this clip. https://t.co/MF5MyyYmwN

And last but not least, St. Michael fended off a late game comeback from the Bison to move into the next round with the Roseau Rams. 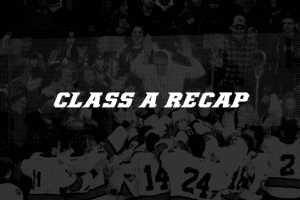 Section 1A In section 1A Mankato will represent at the X, we just don’t know which one yet.  Mankato East used a strong 2nd period and a Matthew Salzle hat-trick to upset #1 seed Dodge County 5-3. They will face off against 2 seed Mankato West who beat Faribault 3-0.  These teams squared off in 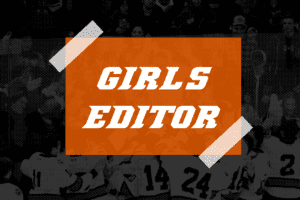 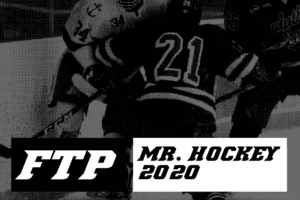 The 2020 Mr. Hockey award for Minnesota is right around the corner. We thought it would be fun to do our own vote! Mr. Hockey 2020 – who has your vote? If you haven’t already voted for the top goalie in MN this season, go do that while you’re here. 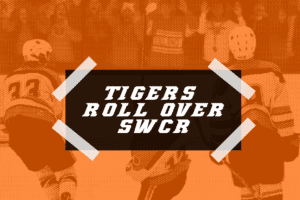 Delano Tops Southwest Christian 3-2 All section playoff brackets listed here. This is updated daily. @followthepuck – SWCR gave Delano all they could handle last night in their second round game. In a fast physical game Delano came out on top 3-2 and will advance to face the winner of Breck/Minneapolis on Friday night. Delano 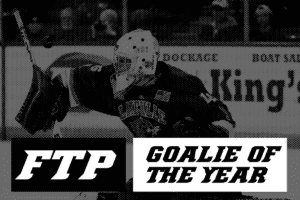 MN HS Goalie of the Year 2020 Each season, the Frank Brimsek award is given to the top goalie in Minnesota High School Hockey. While we do not vote on the Frank Brimsek, we figured it would be fun to have the fans pick who THEY think the top senior goalie of the year is. 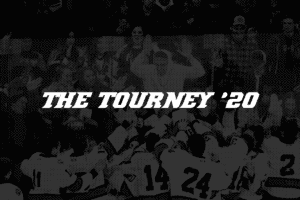 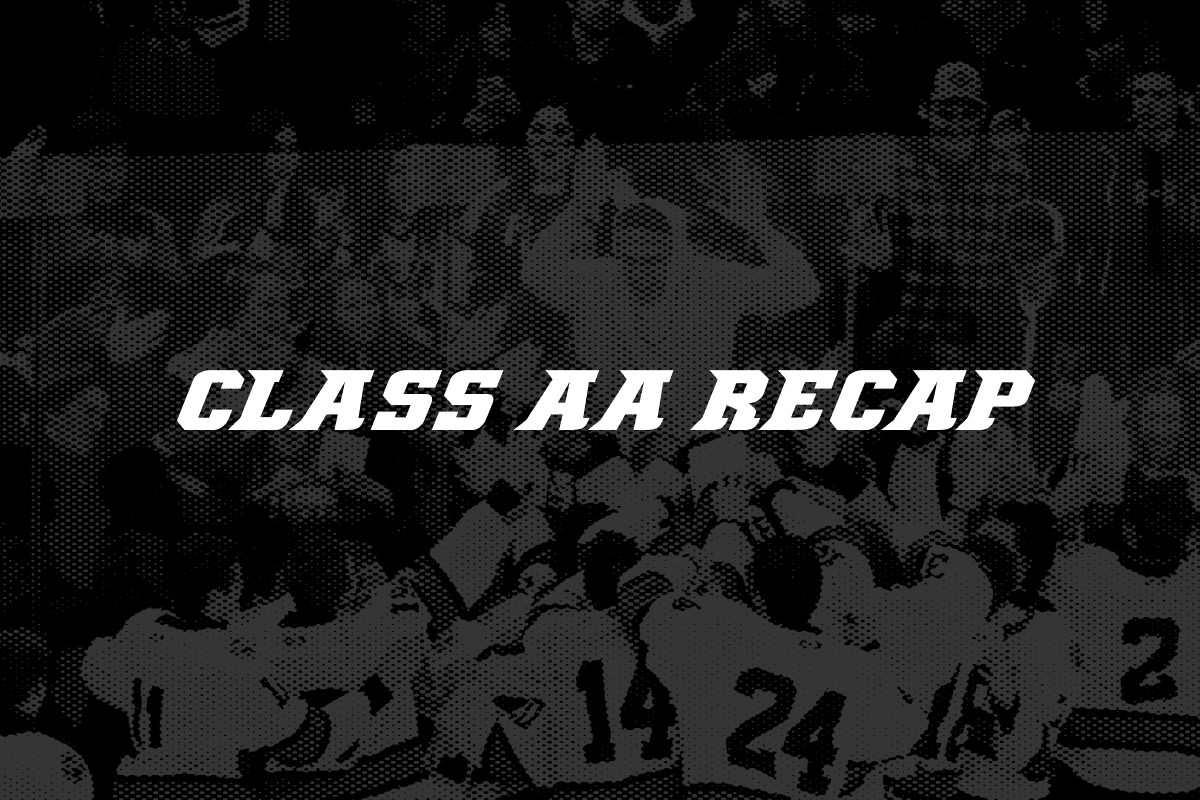 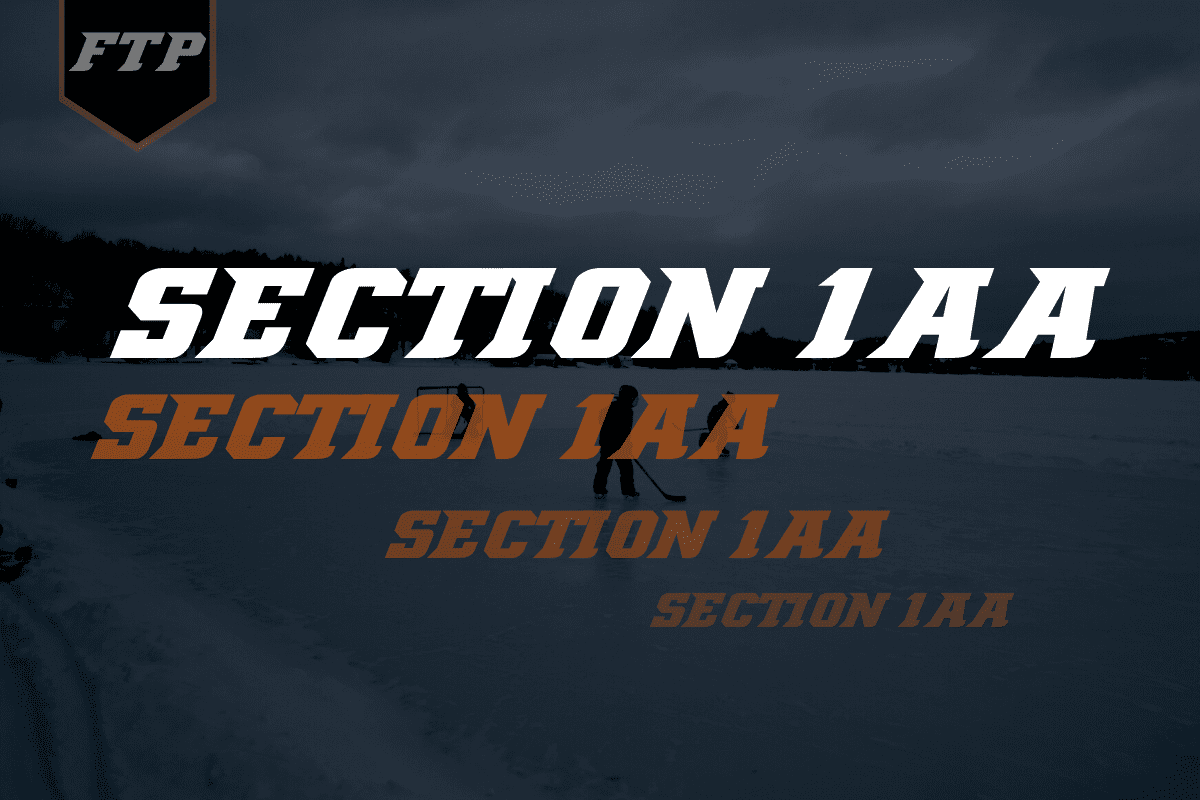 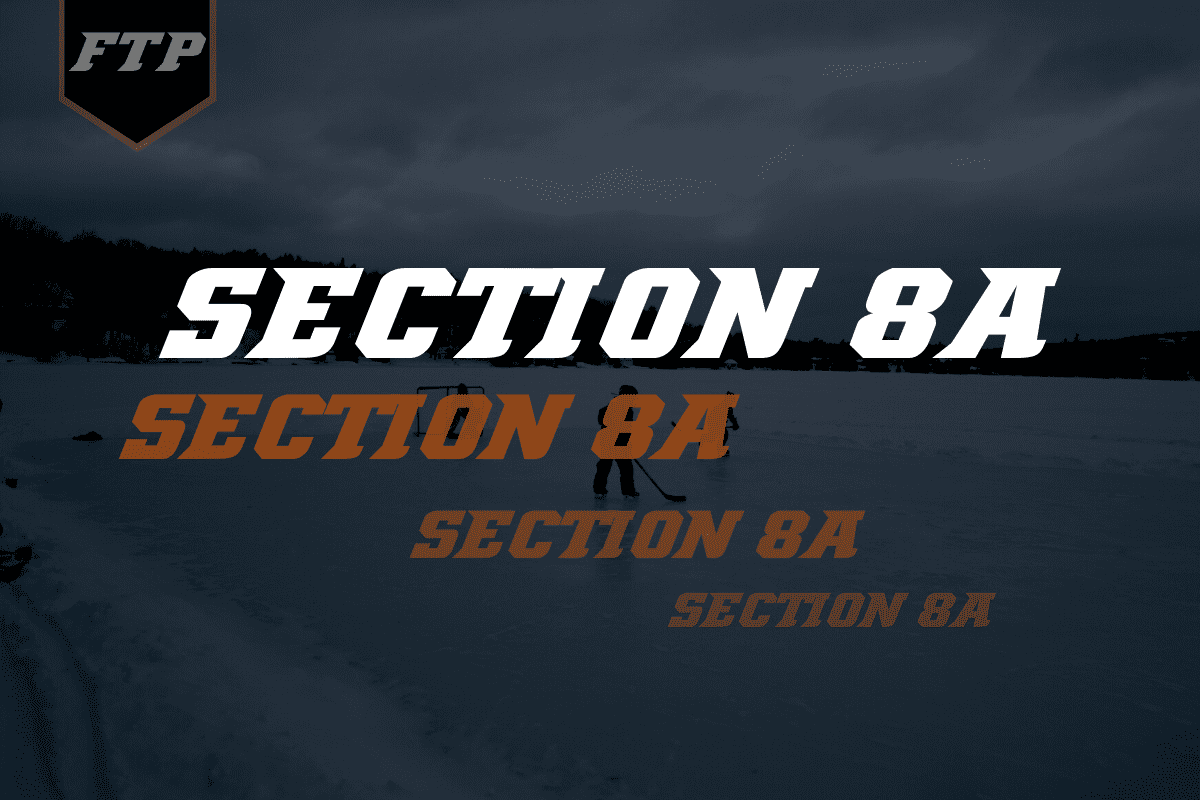